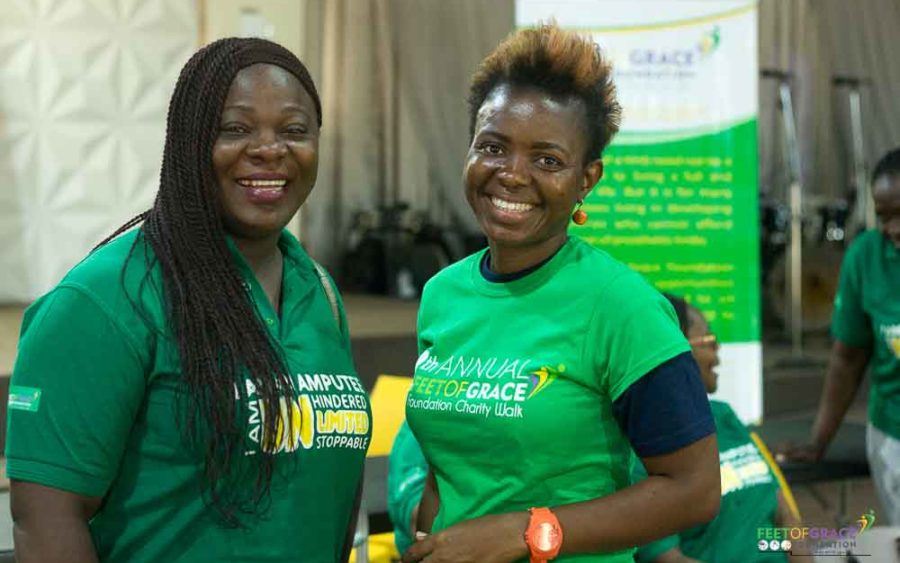 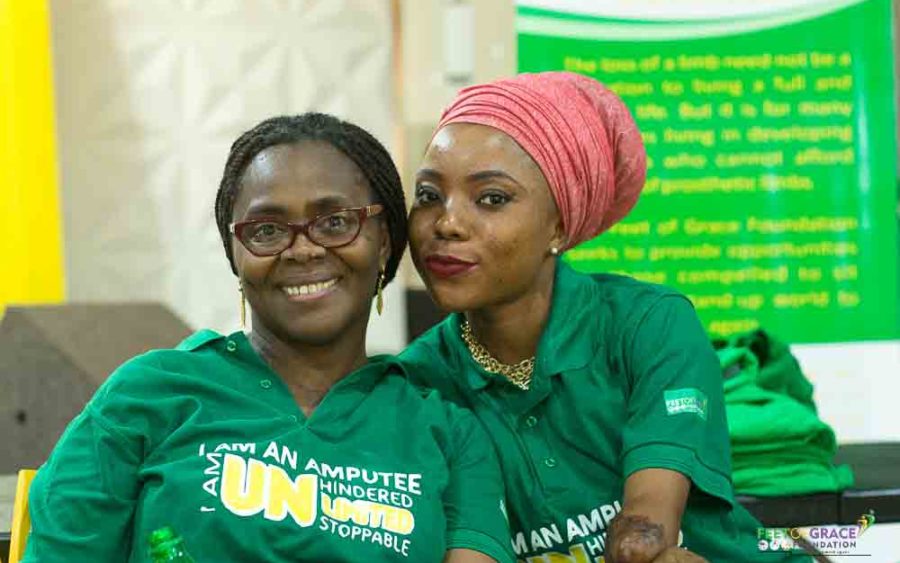 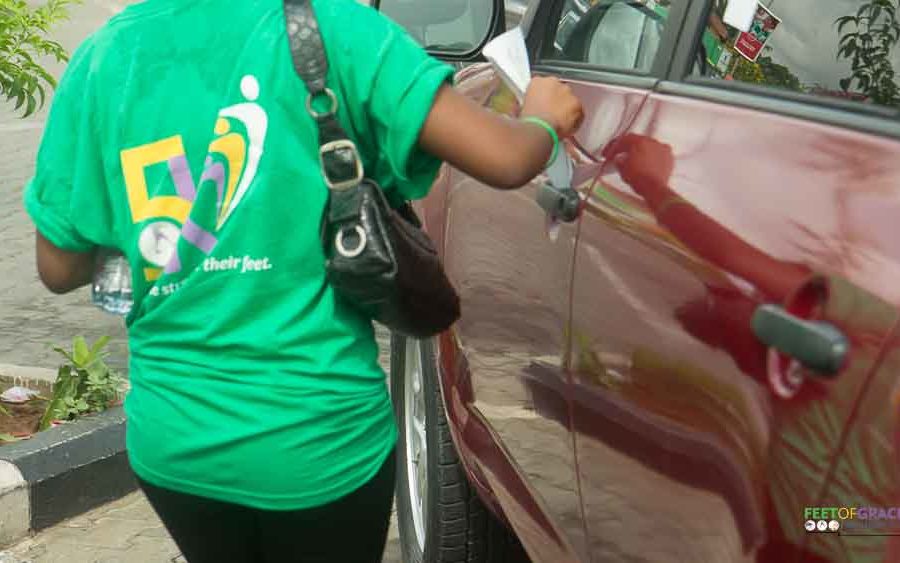 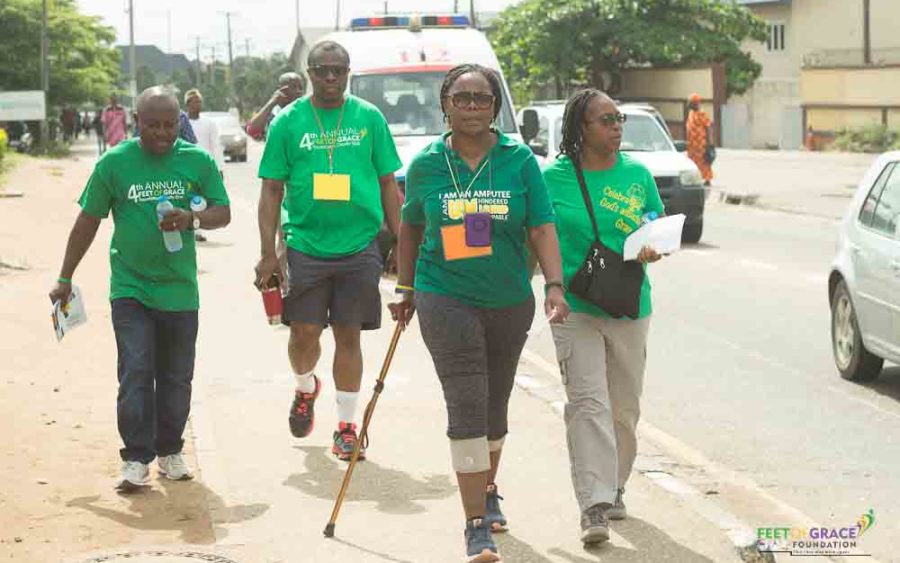 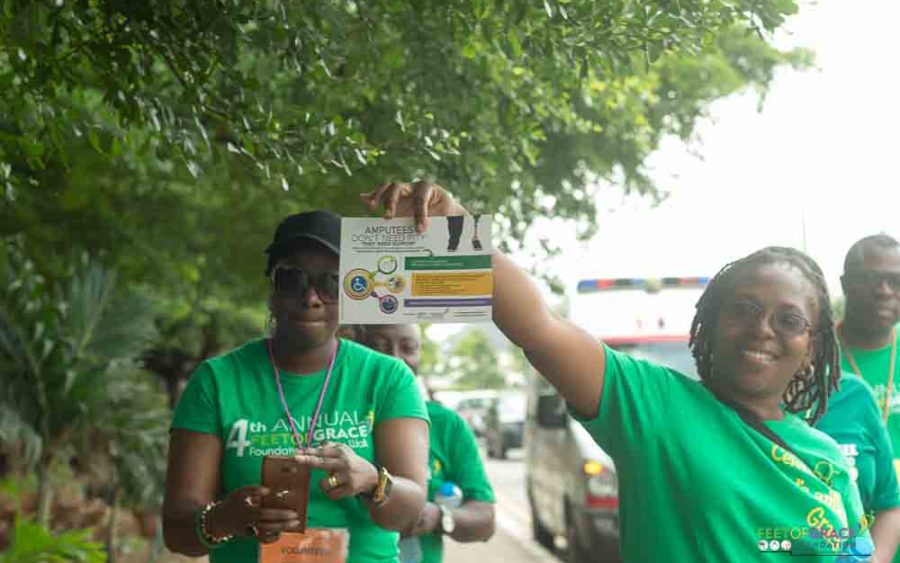 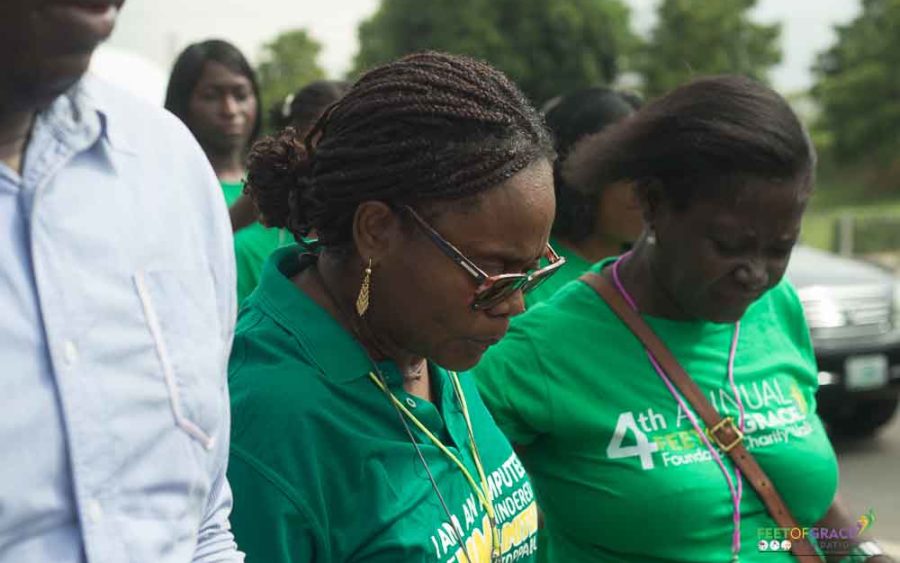 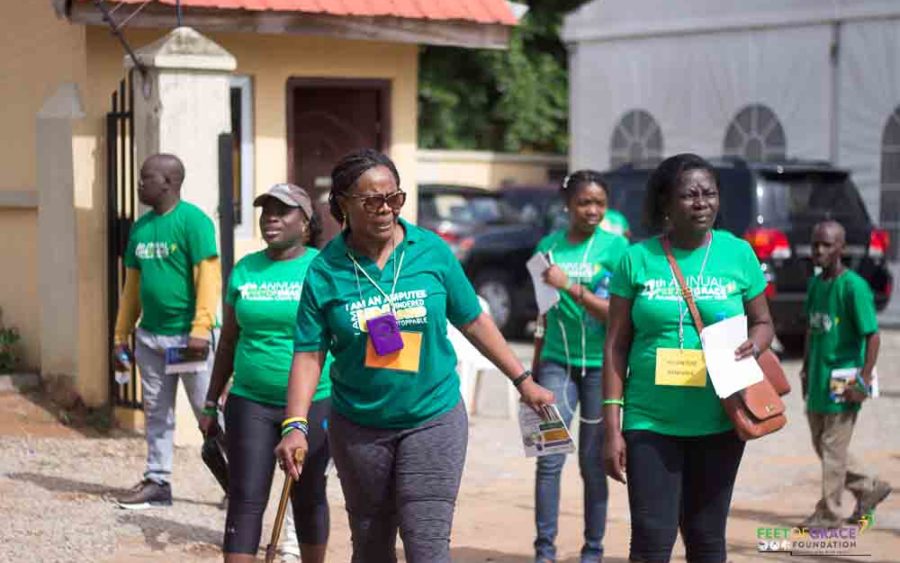 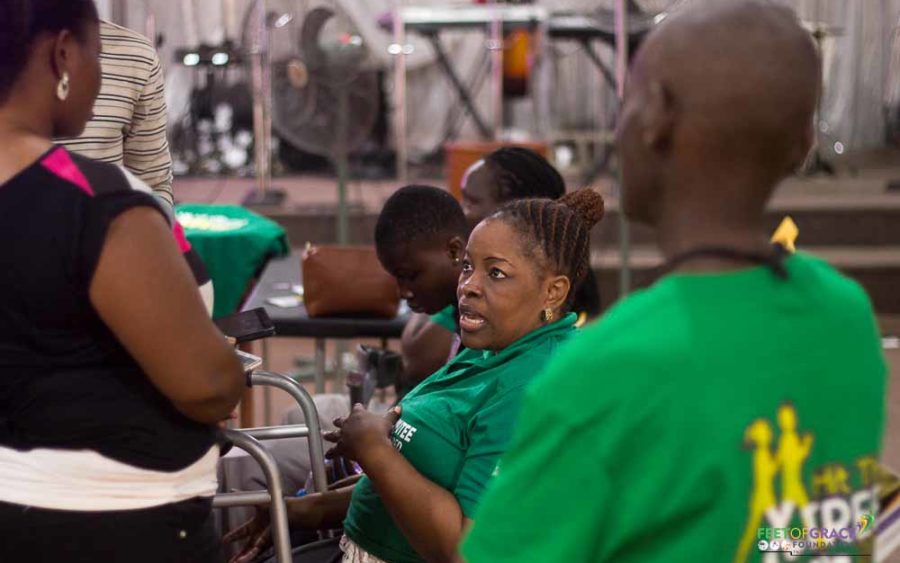 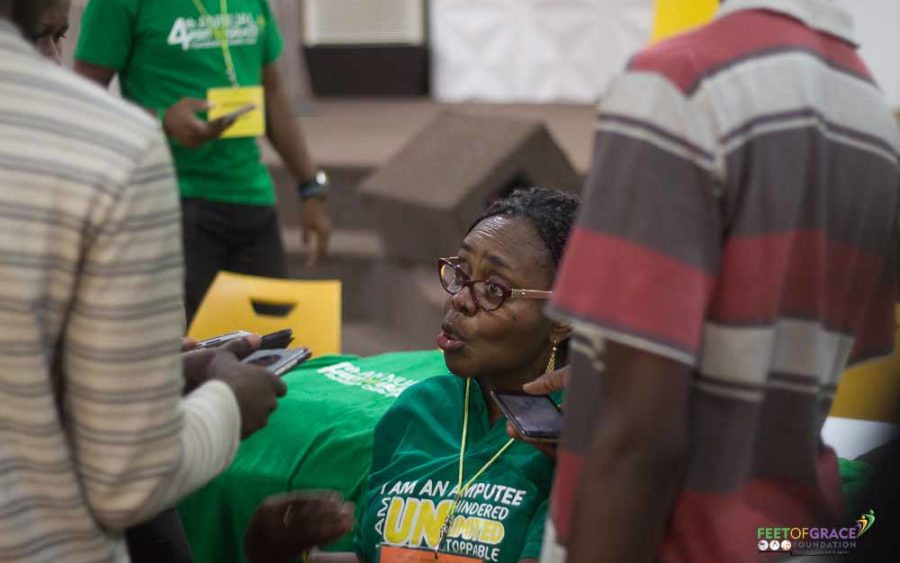 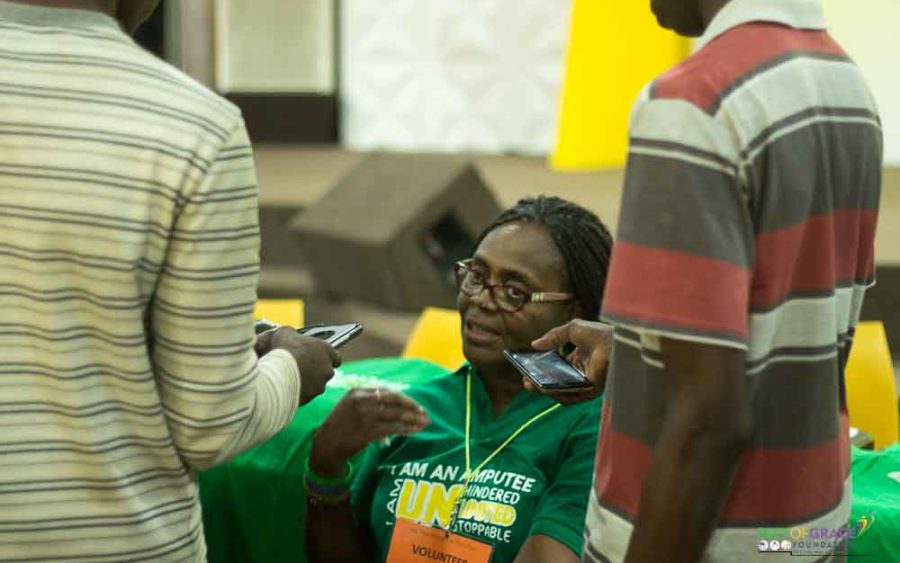 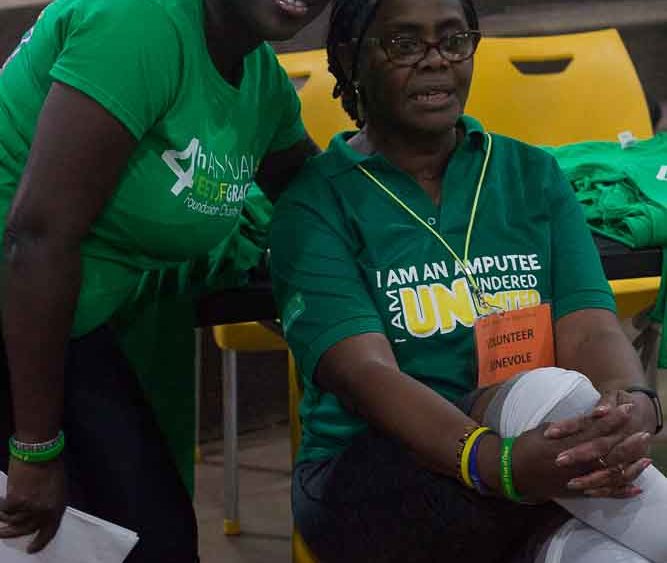 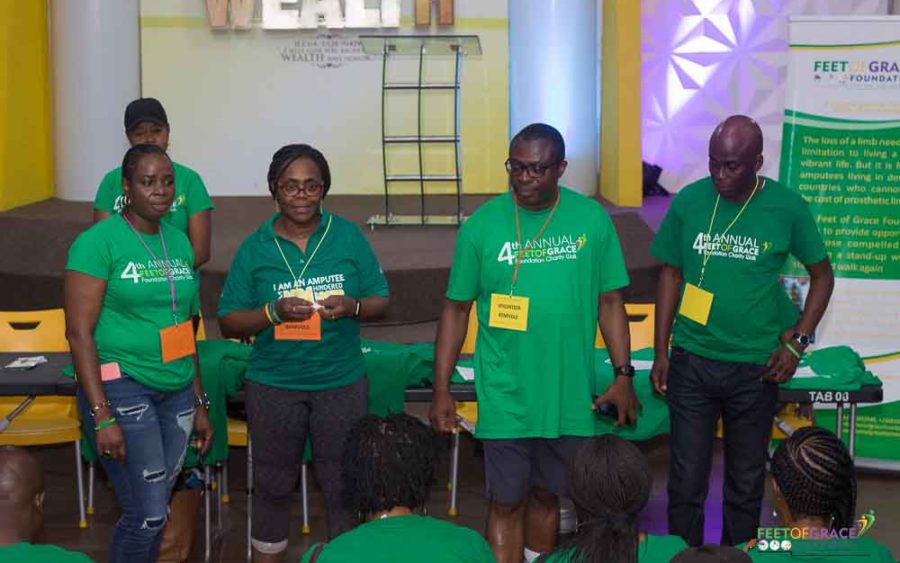 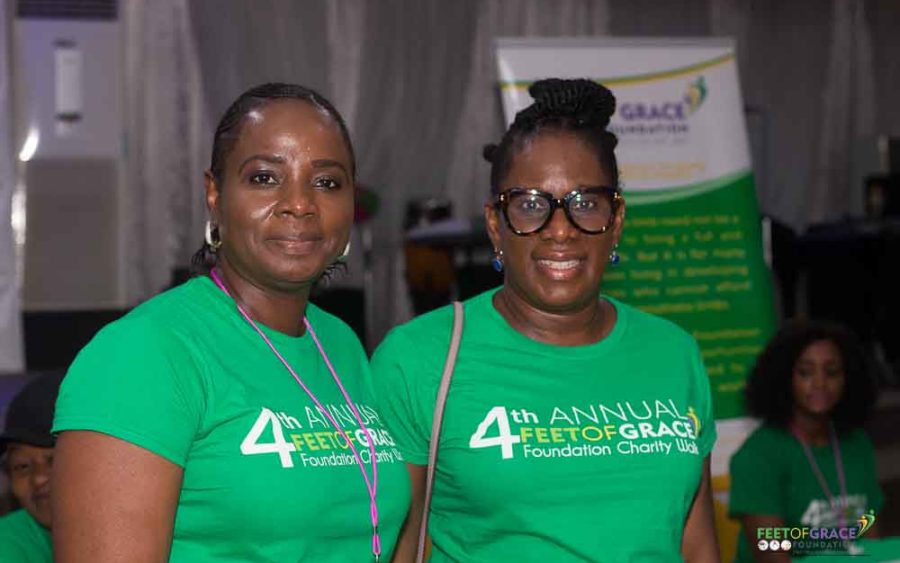 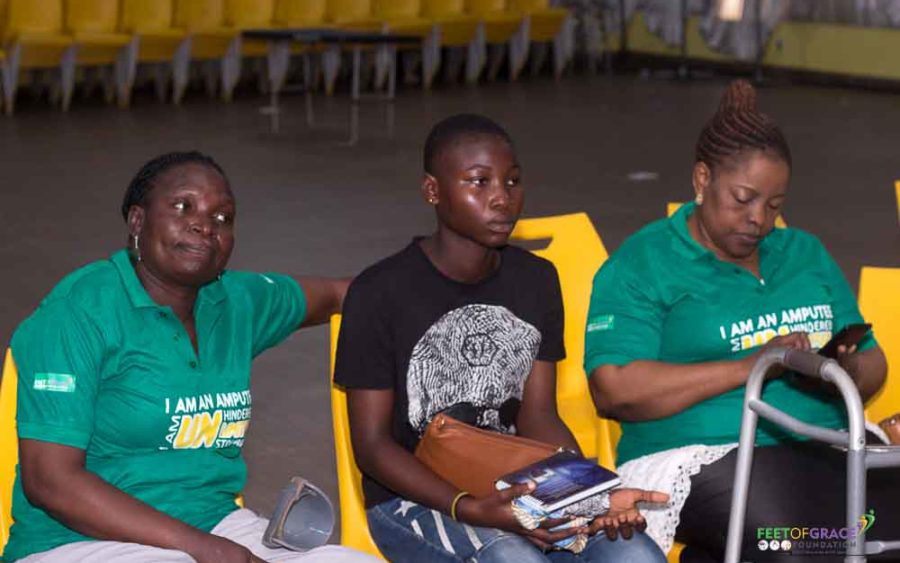 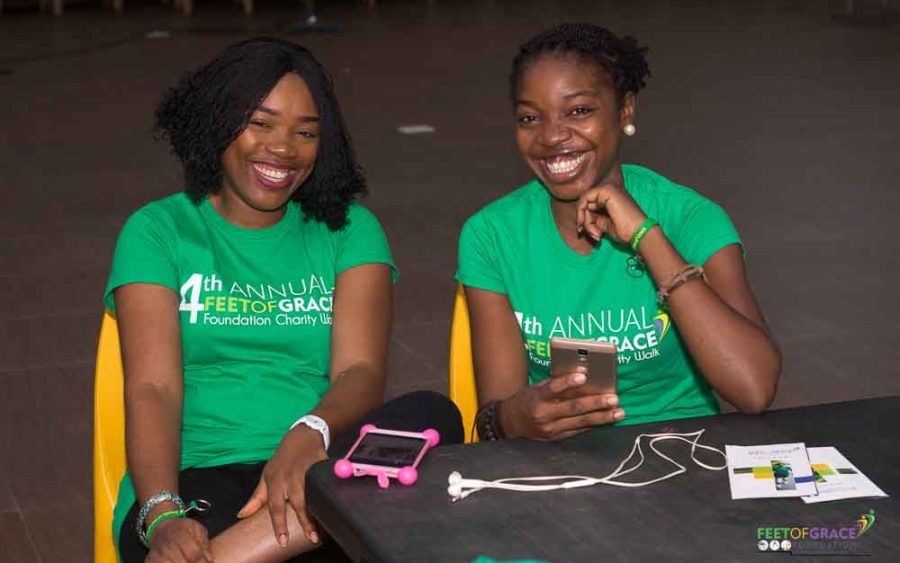 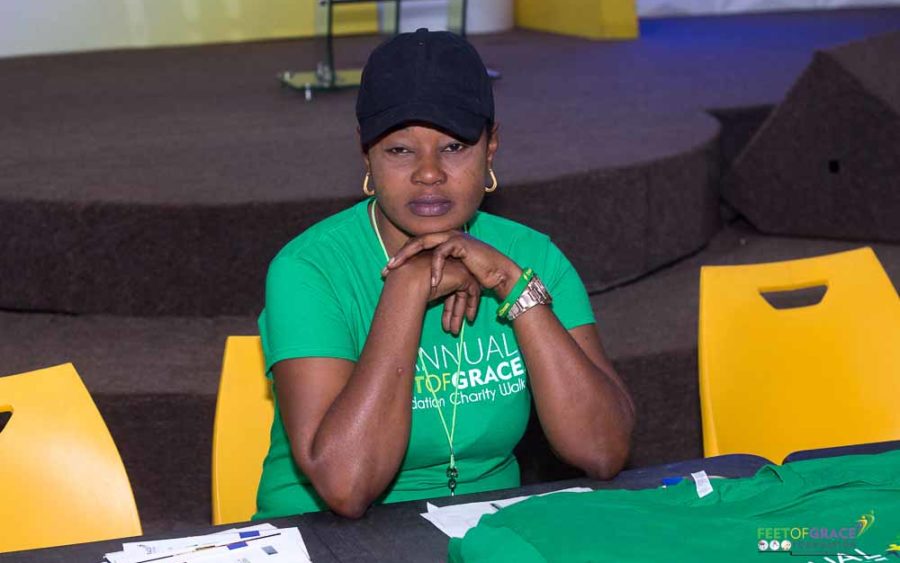 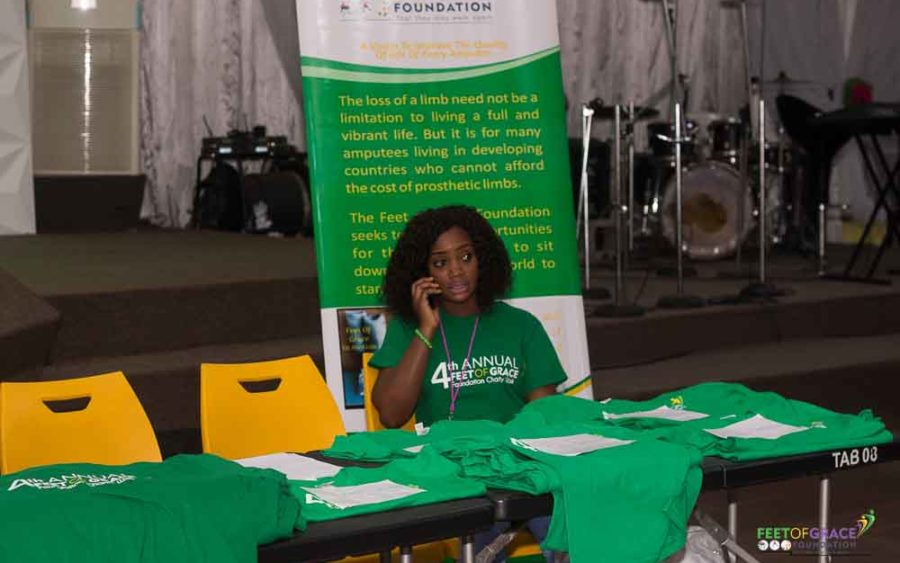 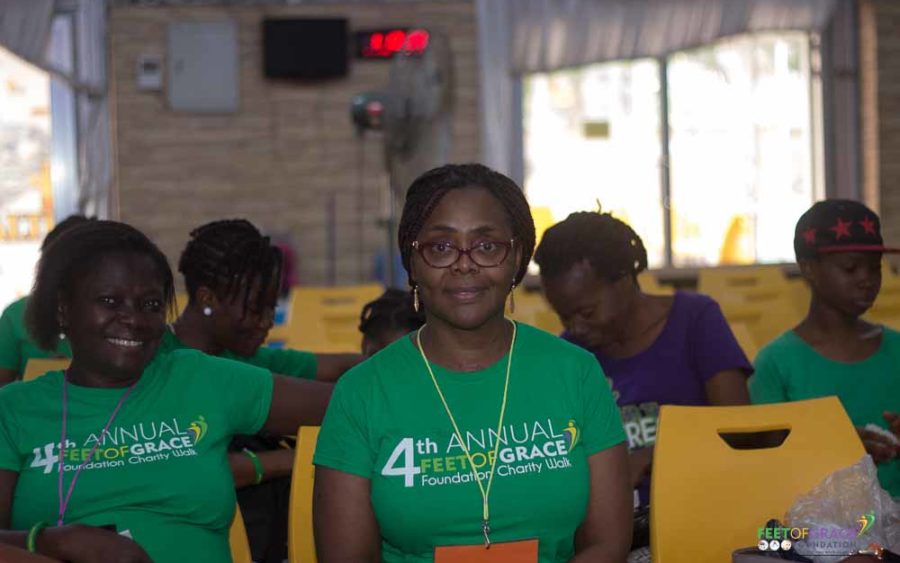 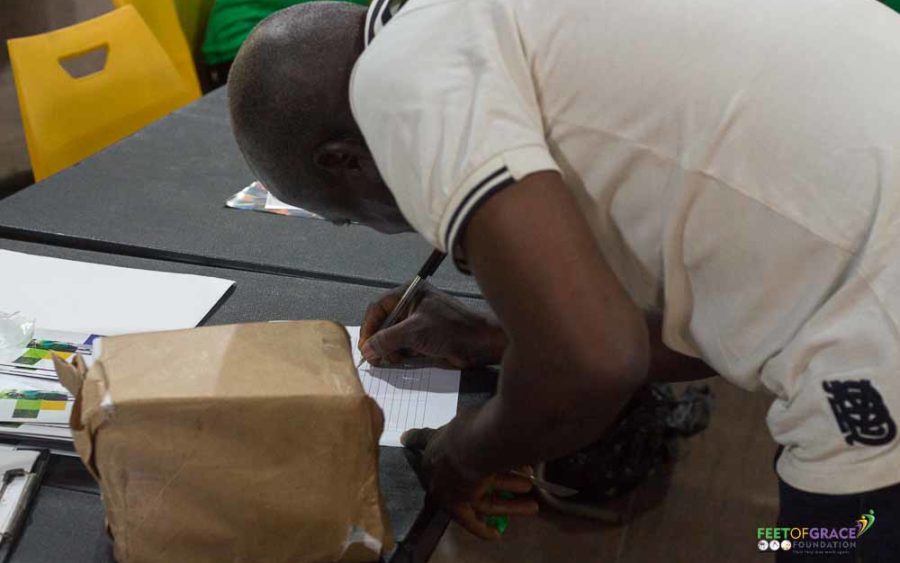 The Feet of Grace Foundation’s goal for 2018 was to make ONE dream come true for TEN Amputees through the provision of prosthetic limbs, and educational support and seed funds for poverty alleviation activities.
We carried out an extensive social media campaign with the hashtag #10Amputees1Dream, which increased the numbers of followers on social media and first-time donors. Also, there was a significant increase in request for support coming through the social media handles.

The Foundation paid in full for eleven prosthetic limbs for the ten amputees supported. By the end of 2018, the Foundation had provided support to 30 Amputees with a total of 31 prosthetic limbs and two wheelchairs provided to the amputees. Three women have received support for small scale business, and three young amputees received scholarships to continue their education. All of these have been done with the generous donations from Friends of the Feet of Grace Foundation.

FUNDRAISING
A Charity Bazaar was held in Geneva in March 2018 in preparation for the Charity Walk. Items donated to the Foundation were sold at the Bazaar. We organized the Feet of Grace Charity Walk tagged “2018 Hit The Street” to flag off our fundraising efforts for the year starting from Saturday, April 14th, 2018
The 2018 target for fundraising was forty thousand Swiss Francs (N14 million) to provide prosthetic rehabilitation services for ten amputees as well as educational support for some of the children amputees.
The Charity Walk was held in 11 cities in Nigeria, Switzerland, United Kingdom, United States of America, Senegal, Kenya, and Ghana.

The total funds raised in 2018 is as indicated in the table below. This amount exceeded the total donations received in 2017. Three institutional donors, three NGOs, two churches and over 400 individual donors contributed this amount.

ACCOMPLISHMENT
Ten amputees received eleven prosthetic limbs in 2018. We provided educational support for four young amputees (two males and two females), with the funds from Rehoboth Dream Solid Foundation and A Sister In The World. This support enabled these amputees either to return to school or to continue to stay in school.

The Annual General Meeting of the Board of Trustees was held in Lagos on the 28th of July 2018. Those who could not be physically present joined by conference call. The Board approved the 2017-2022 Five-year Strategic Plan for the Foundation and approved the remuneration of the Executive Director.

The Feet of Grace Association established in Geneva, Switzerland to manage the affairs of the Foundation outside Nigeria facilitated the Charity Walk in Geneva. The Association was able to open a bank account in Switzerland to receive the donations from abroad. The process of having a similar Association in Ghana was initiated during the trip in Ghana with the plan that funds raised in Ghana will be used to support the prosthetic rehabilitation of a Ghanaian amputee.

The Ladies Breakfast meeting organized by the Church of the Nations in Geneva where Irene Olumese shared her story was a unique opportunity to raise funds for the activities of the Foundation.
Please find below the report of the status of the rehabilitation of the amputees selected for support in 2018. We lost one of the amputees in August to the further complications of her underlying medical problem. However, one of the amputees on the waiting list was included for the support this year. 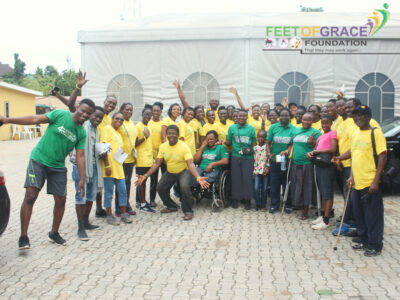 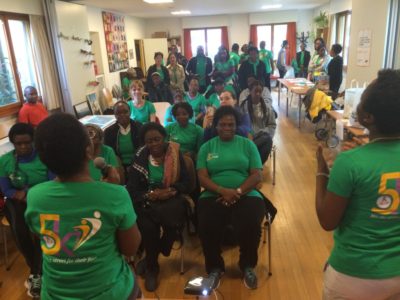 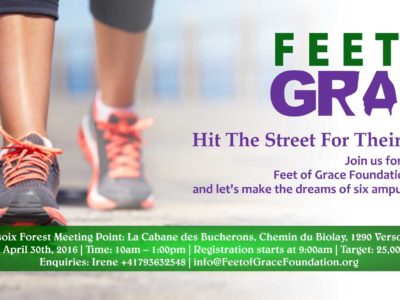 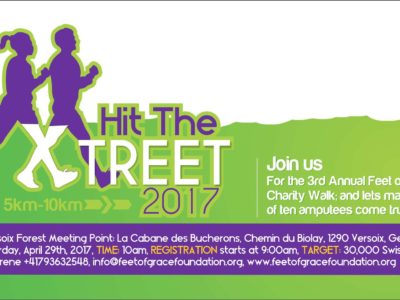