Completed Causes
Donation Goal For This Project is $2,450
100% Donated/$0 To Go
Donate Now 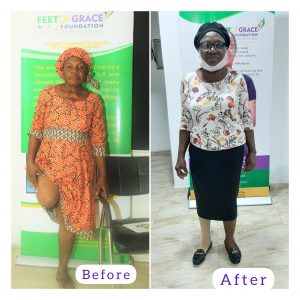 Ukoma was involved in a ghastly motor accident on June 4th, 2008. She was knocked down by a minibus while she was waiting at the bus stop. This accident resulted in an open fracture of her right leg. Unfortunately, because of her financial status, she was taken to traditional bonesetters. The wound became septic while under the care of the TBS. Her family rushed her to Igbobi Orthopedic Hospital. After three surgical attempts to recover the limb, the doctors decided to amputate the leg.

She has collected her prosthetic limb and is able to walk without assistance.